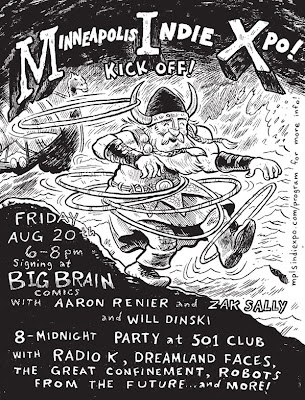 Minneapolis Indie Xpo (MIX)
Sammy The Mouse #3
Posted by MayorMike at 11:13 AM