Yet more from Rockin' Rod Strychnine.

I never dreamed that I would get to see this man in action until now. Thes are the same girls that screamed for The Beatles (but for obviously different reasons).

Posted by Unknown at 7:29 PM No comments: 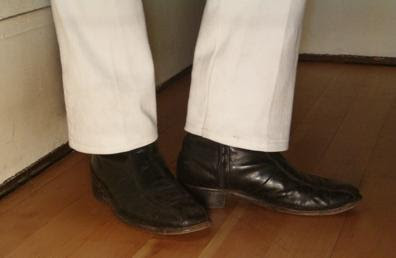 Everyday, I become more blown away by how the web is evolving. We all hear the success stories of young, unsigned bands hitting the big time through myspace and YouTube. But, I'm telling you that all this Dick Tracy technology is an amazing portal to the past.

Rockin' Rod Strychnine has been the Mr. Peabody to my Sherman, setting the Way Back Machine on stun. If you have any interest in all things mod, you need to add him to your myspace friends now and keep you eyes on his bulletins. Daily, he presents videos that I could never have dreamed existed, nonetheless that they would show up on my virtual doorstep.

Case in point – This mindblowing footage of The Monks testifying:

Posted by Unknown at 6:33 PM No comments: 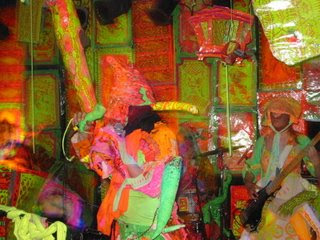 With the rise in popularity of bands like Deerhoof, Black Dice and Wolf Eyes, I have to think back to a great band that bridged the void between the new noise and the old freakout scene of Butthole Surfers. Caroliner changed their name with each album or single they put out. Each output was hand packaged in a manner that reflected a day-glo hobo's nest. From the Caroliner Rainbow Hernia Milk Queen "Rear End Hernia Puppet Show" Lp (my copy came packaged in a sleeve festooned with creosote and the contents of a vacuum cleaner bag) to Caroliner Rainbow Susans and Bruisins "The Cooking Stove Beast" Lp (this one packaged in a chopped up and half-unraveled sweater and water-damaged paged from a WWII era diary), each record was a sonic haystack compiled of garbled falsettos, banjos and over-blown hurdy-gurdys.

Even more legendary are the tales of Caroliner concert performances. Two day set-ups, playing in the rafters, musicians buried beneath giant, shapeless, flourecent piles of costuming were just part of the experience. Caroliner actually played the chaotic compositions of their records, which i think none of us thought possible.

Keep your eyes open. It's been over 20 years since their formation but rumors abound that they still play live on ocassion. And the records do pop up from time to time.

Find out more about Caroliner straight from the singing bull's mouth:
< Interview 1 > < Interview 2 >
Posted by Unknown at 11:45 AM 1 comment:

Posted by Unknown at 8:46 PM No comments: 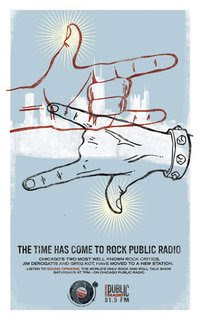 Thanks to rock & roll nerdfest Sound Opinions and their recent episode deconstructing Revolver, I can honestly say that for the first time in my life, I'm down with The Beatles . . . a little bit. This is a huge step for me as I have been in The Stones' camp for as long as I can remember. Admittedly, it's no Cosmic Slop, (sorry, Todd) but it's a great indulgence. If you are not lucky enough to get his show on your public radio station, call them, demand it, and then start downloading it <here>.
Posted by Unknown at 8:02 PM No comments:

Lord of the barnyard 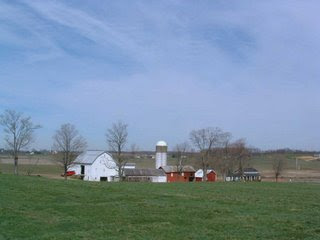 I Fling Poo is the Blog by the last 23-year-old you would ever expect to run a farm.

Drew is an amazingly talented advertising creative as his entertainimg approach to squeezing lemonade out of horse-apples will attest. Hey, it's the only Left-Wing Rural Ohio Swingers Newsletter that I subscribe to and you should, too. <link> <myspace>
Posted by Unknown at 8:15 AM No comments: 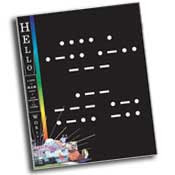 One of the longest-running regrets is that I never continued the ham radio training I received in the Boy Scouts. It has pretty much so haunted me most of my adult life. Reminder pop up frequently - From finding a functioning 1950's Hallicrafters receiver at a garage sale that I used while living in Olympia to study Mandarin Chinese from Radio Taipei to picking up a pack of a OM's QSL Cards at Aladdin's Lamp Antiques in Bellingham, WA.

So I was on a book hunt and came across this amazing book that gives the reader a look into the entire lifetime of a ham radio operator. History, social networking, and wonderfully amateur designed QSL cards, Its an intimate autobiography of that weird uncle or neighbor we all had that plopped a big ol' antenna or a half-dozen antennae on top of his rambler in bumfuck, nowhere, who spent all of his free time holed up in his basement making friends around the world, in 1975, preceding the internet, instant messenger, and myspace by 20 years.

Hello World, A Life in Ham Radio is a great read for anyone. And youworkforthem.com is a great resource for any art director or designer.
Posted by Unknown at 8:53 PM No comments: