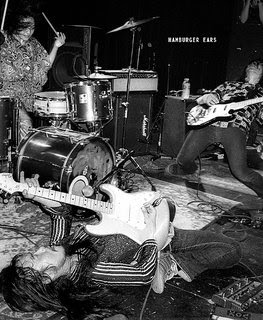 Holy shit this is epic! When Stephan said that Ray was going to put out an all music edition of Hamburger Eyes, I knew it would be great, but this has blown me away. Collected here are photos from more than the Burgerworld C.R.E.A.M. Team. The birth of punk & new wave through Jang's scope, D.C.'s Daniels, and grunge's Peterson, and Brooklyn's Powell. This book made me love shows again. Pick it up now. It won't be around long! Click here then click on ZINES to check it out.
Posted by Unknown at 1:34 PM No comments:

Patterson lied about being a liar.

With all of the recent press surrounding the BFRO's bigfoot activity in Michigan, I think it advisable to revisit the continuing debate into the validity of the legendary Patterson footage which turns 40 years old on October 20th.
Posted by Unknown at 9:46 AM 1 comment: 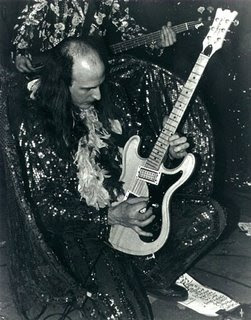 The Frogs' It's Only Right and Natural Lp was featured as a buried treasure in the most recent Mojo Magazine. You can listen to their entire output on their MySpace profile.

The Frogs began around brothers Jimmy Flemion and Dennis Flemion, guitarist and drummer respectively, who added bassist Jay Tiller in 1983. That same year, Jimmy began wearing what was to become his trademark stage gimmick, a pair of six-foot bat wings. Although in their early days, the Frogs played mostly in coffeehouses, they soon developed a larger following, due mostly to their fan-friendly shows. In 1988, the Frogs self-released their first album in limited quantities. In that same year, Brian Hill joined the group as bassist.

Meanwhile, a tape of the Frogs improvised home-made recordings reached Gerard Cosloy in 1989, then head of Homestead Records, who released a collection of 14 tracks under the title It's Only Right and Natural. A number of tracks on the LP dealt with homosexuality and sexual fetishes, often mixed with religious overtones. The label additionally announced that The Frogs were leaders in a new gay supremacy movement. The album was received with mixed reactions; listeners were generally ecstatic, although others, who either disliked the subject matter or misunderstood the concept, were not as enthusiastic. It's Only Right and Natural was even denounced by a number of conservative religious organizations as proof of Satan's control over the entertainment industry.
Posted by Unknown at 9:16 AM 1 comment:

We Can Replicate It .. With Dwarf Delight!! 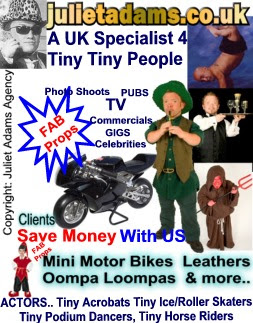